The Arena is calling you, Heroes! Build the ultimate deck of Minions and Spells and dominate your way to glory in this epic real-time PvP battle game.
Download APK
4.4/5 Votes: 85,937
Report
Developer
NordeusVersion
2.1.7
Updated
April 6, 2021Requirements
4.4 and up
Size
287MGet it on

The Arena is calling you, Heroes! Build the ultimate deck of Minions and Spells and dominate your way to glory in this epic real-time PvP battle game.

Conquer the Heroic Universe arena by arena and deal as much destruction as possible against other Heroes! Collect and upgrade an unstoppable army of Minions and round off your strategy with the perfect set of Spells. Think you can reach the top of the global leaderboards? You’ll have to prove it!

Get battling: OVER 50 MINIONS ARE WAITING TO BE UNLOCKED! From brutal beasts to cunning wizards, choose the ones that suit your destruction style!

Brains over muscle! Combine your Minions with powerful Spells into A DEADLY STRATEGY: build a rush deck, play for the long game or come up with a completely unique battle plan. Whatever you choose, keep your eyes on the opponent’s deck and make sure you have the perfect counter.

The Heroic World Map extends far and wide and includes many EXCITING GAME MODES TO MASTER. From learning all about Eldonia and the Heroic Heroes in the CAMPAIGN to powering up your Minions in FUN AND COMPETITIVE SEASONS in the Tower of Ascension, you’ll always have a place worth visiting on your journey.

POWER UP YOUR MINIONS

The winner takes all! Defeat other Heroes in magic duels to win resources you can use to UPGRADE YOUR DECK TO MAX POWER! Level up all Heroes, Minions, and Spells and become an unstoppable force.

Build a name for yourself in the Arena: BATTLE IN REAL-TIME AGAINST OTHER PLAYERS whose only goal is bringing down your Portal. You won’t let that happen, will you?

Don’t stop there! GO UP AGAINST BRUTAL PVE BOSSES in EPIC BOSS RAID EVENTS and stock up on awesome rewards. Conquer SOLO MODE before jumping into the GUILD EVENTS, where the only chance for survival is teamwork. You’ll go back to PvP stronger than ever!

There’s always something on in the Heroic Universe! BRAND NEW PVP AND PVE BATTLE MODES arrive regularly, each with a unique twist!

With our latest version, we’re smashing some small bugs and making some optimizations and improvements to ensure things are running smoothly across Eldonia.
Time to deal some more destruction in battle, Heroes! Let’s play!
The Heroic - Magic Duel Team 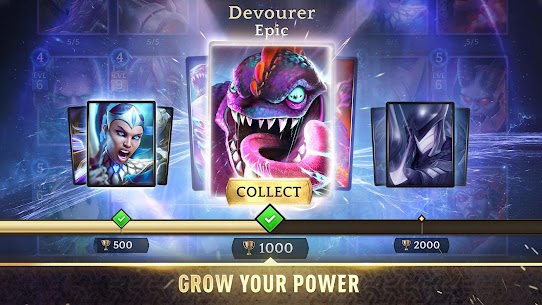 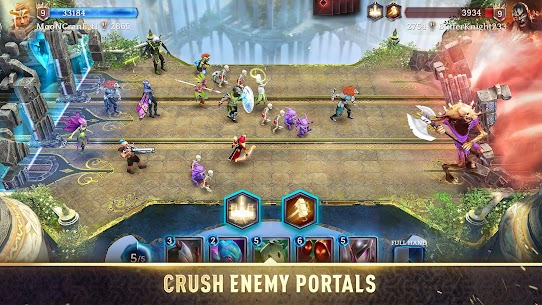 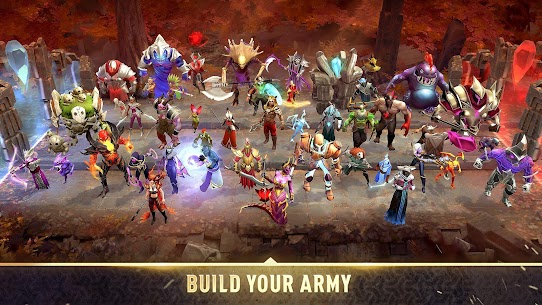 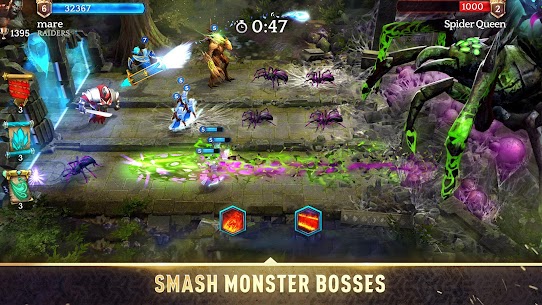 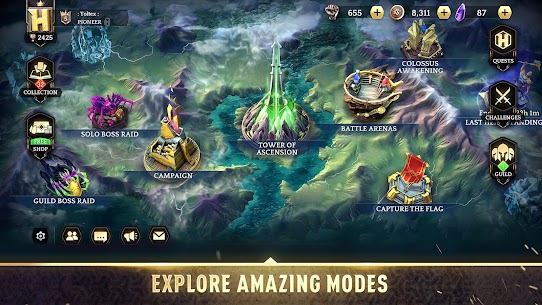