This is animal hide and seek. You can play with animals such as Lions, Zebras, Gazelle and Crocodiles in this action-packed game.
Download APK
5.0/5 Votes: 1
Report
Developer
Elder Grounds ABVersion
2.2.0
Updated
February 10, 2022Requirements
7.0 and up
Size
137MGet it on

This is animal hide and seek. You can play with animals such as Lions, Zebras, gazelles, and Crocodiles in this action-packed game.

Play in multiple rounds as a predator and use your stealth ability to catch the prey, or use your quickness and agility to avoid being captured as prey. Win by filling your belly with grass from the great savanna.

This real-time multiplayer experience will show who’s the true master of strategic thinking and survival instinct. Sneak and catch as a predator or hide and gain power as prey. Hunt or be hunted and become champion of the savanna Mod APK!

Unlock new animals to gain an advantage over your opponents.

Invite and play against friends or choose a random opponent from the savanna. Choose game mode between 1 vs 1, 2 vs 2, or 3 vs 3. Before each round, you select which animals you want to play with. As a predator, you have to capture the prey before they have eaten their grass. As prey, you must avoid the sneaky predator while eating the greenest grass to gain a full food bar fast.

Every game consists of 3, 5, or 7 rounds and you take turns in playing as predator or prey. Select the animals from your collection before the rounds begin, and select a map and number of rounds before inviting a friend or opponent.

Increase your ranking on the leaderboard by winning as many games as possible.

Winter is over, but the fun doesn't stop in this new version of Savanna Hide and Seek!
- Added new skins: the powerful Guardian Tiger, the lovely Heart Lion, and the adorable Shiba Wolf!!
- Gameplay performance improvements
- Includes bugfixes and other minor improvements 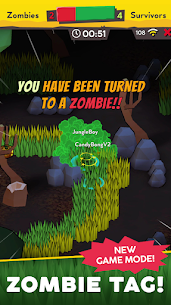 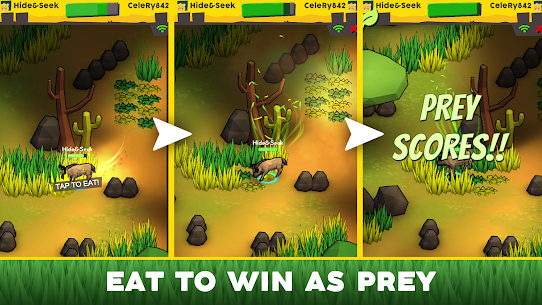 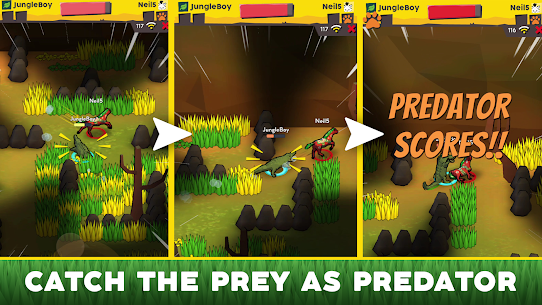 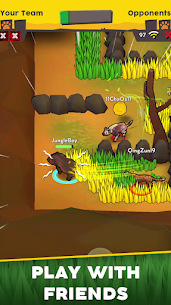 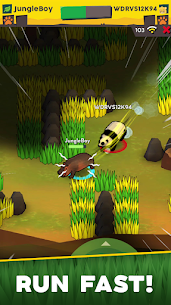